Organised by CWSA, the “the most influential wine and spirits competition in the world“, “responsible for 1 billion bottles sold since 2006“ (CNN)

The CWSA organisation is credited for launching and growing the most important wine and spirits brands from 55 countries around the world, into the fastest growing wine market in the world.  Brands including Dewar’s, Label 5, Beringer, Jacob’s Creek, Wolf Blass all credit CWSA with their increased sales as a result of the CWSA organisation – click on the images below.

“CWSA Judges are responsible for buying 90 million bottles per year, and are the powerhouse of the market.” (BusinessWire)

The impact of winning: Medal Winners of the Women’s Wine & Spirits Awards, the World’s Most Important Wine & Spirits Competition Judged by Women,  experience the huge honor of recognition, thanks to their winning status, and they will also receive:

Enter now. Your wines and spirits will be Judged by 100 of the world’s most influential Female Buyers in London alongside the biggest brands in the world. 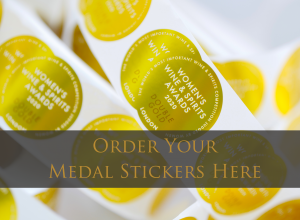