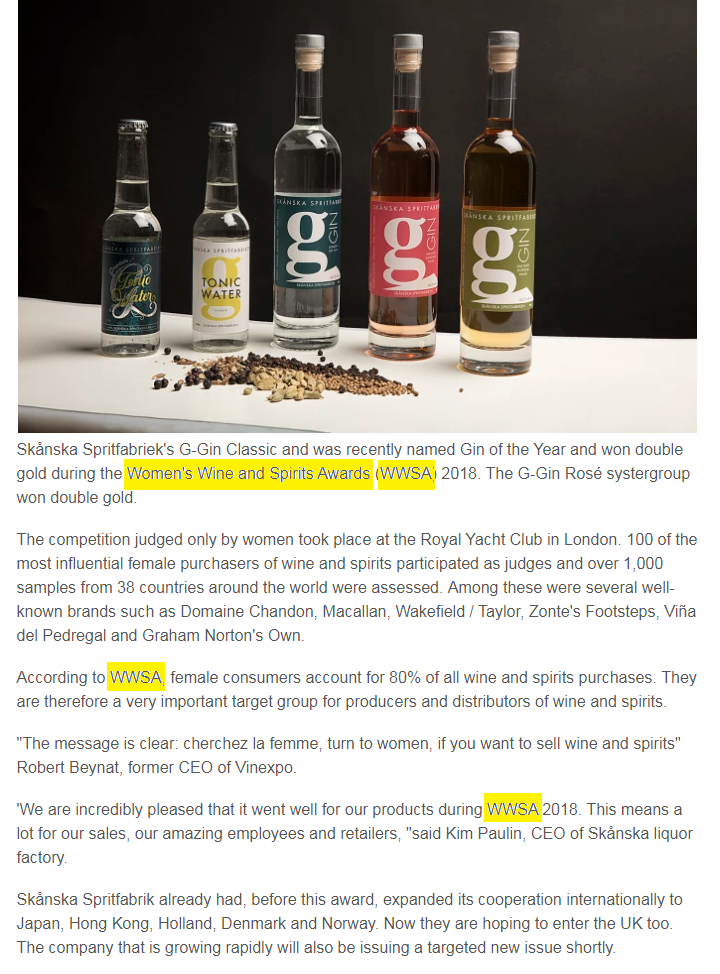 The competition judged only by women took place at the Royal Yacht Club in London. 100 of the most influential female purchasers of wine and spirits participated as judges and over 1,000 samples from 38 countries around the world were assessed. Among these were several well-known brands such as Domaine Chandon, Macallan, Wakefield / Taylor, Zonte’s Footsteps, Viña del Pedregal and Graham Norton’s Own.

According to WWSA, female consumers account for 80% of all wine and spirits purchases. They are therefore a very important target group for producers and distributors of wine and spirits.

“The message is clear: cherchez la femme, turn to women, if you want to sell wine and spirits” Robert Beynat, former CEO of Vinexpo.

‘We are incredibly pleased that it went well for our products during WWSA 2018. This means a lot for our sales, our amazing employees and retailers, “said Kim Paulin, CEO of Skånska liquor factory.

Skånska Spritfabrik already had, before this award, expanded its cooperation internationally to Japan, Hong Kong, Holland, Denmark and Norway. Now they are hoping to enter the UK too. The company that is growing rapidly will also be issuing a targeted new issue shortly.

In the USA women make 83% of wine purchasing decisions, while in the UK the number is 80% and in France 70%. All over the world there is a strong tendency for women make most […]

As our world becomes ever more interconnected, exciting dishes and ingredients from all over the globe are finding their way onto our plates. Consumers now have more choices than ever before when it comes to […]

The Wine Industry Gets Inspired By Experiential Spirits Marketing Campaigns

“Experiential” marketing campaigns are nothing new, but up until now they’ve largely been the preserve of spirits brands and producers. Memorable recent campaigns include Campari’s narrowboat pop-up on a London canal and Bacardi-owned Bombay Sapphire’s ‘The Grand Journey’ event held in […] 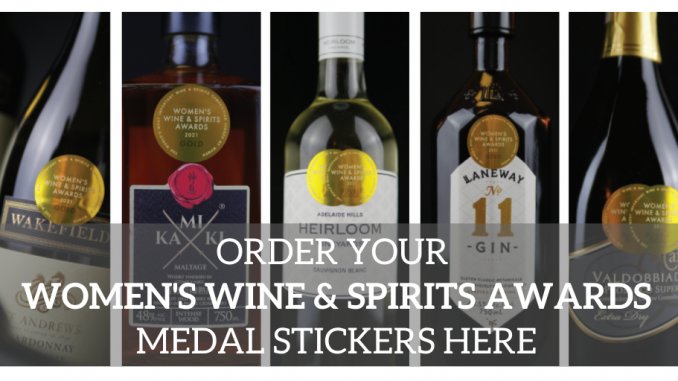